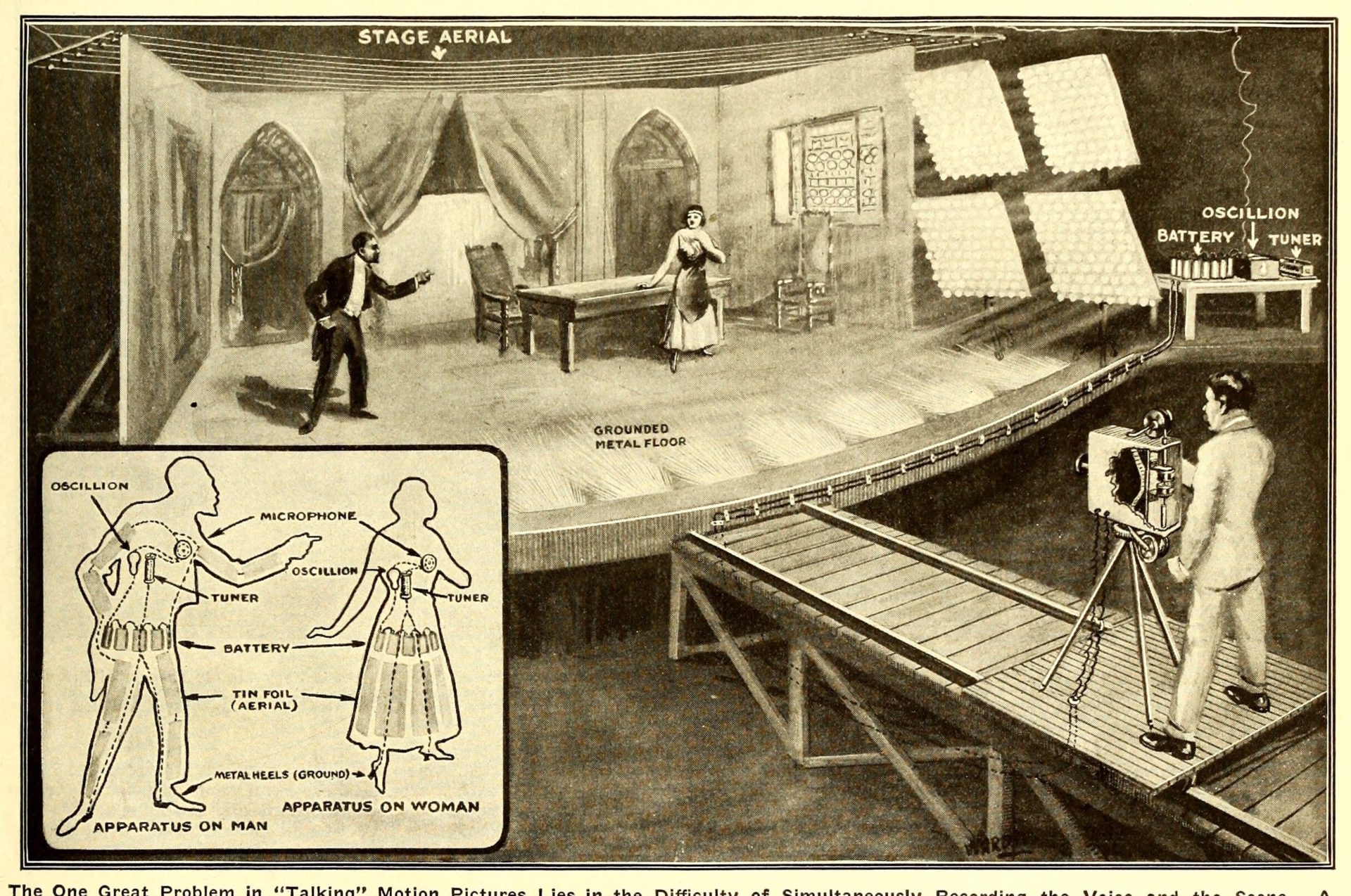 It’s been 100 years since the wireless microphone was patented

The actor was affixed with tin foil, a wireless rig, and metal plates with ground wires in the heels of their shoes. Through a grounded metal floor, the actors voice waves would oscillate through a transmitting system and a super sensitive microphone hidden in their coat or vintage bodice.

The actor would say his lines, and a nearby amplification system would pick it up wirelessly. It took almost another 10 years for an all talking motion picture to release in the United States.

Filmed in the now vintage Vitaphone sound-on-disc sound system, Lights Of New York was the first all-talking full-length feature film, released by Warner Bros., who had introduced the first feature-length part-talkie The Jazz Singer in the previous year. The film, which cost $23,000 to produce, grossed over $1,000,000. The enthusiasm with which audiences greeted the talkies was so great that by the end of 1929, Hollywood was producing sound films exclusively.

Today, movies are shot with live sound recording and can sometimes use ADR (Additional dialog recording) for scenes that may need additional overdubbed sound production. The actor need not wear tin foil, or metal plated grounding shoes during his scene, of course.

The next time your favorite vintage classic is on Netflix, think of the amazing 100 year transformation of “talking motion pictures”!

This error message is only visible to WordPress admins

Please go to the Instagram Feed settings page to create a feed.